The sections below describe how to install The Tree Project program and use it.
You first need to install the program before you can use it. Installation requires basic computer skills. Also, you need to have Java installed on your computer. But first follow the instructions below to avoid an unnecessary Java installation.

Congratulations! You successfully installed and started the program!

Note: Due to a bug in more recent Java implementations, you may have to manually stretch the screen a little bit to see all the buttons.

What if it doesn't work?

There may be several reasons why things didn't work out…

You set these properties in the configuration file called ‘properties.txt’ in the ‘config’ directory.

Creating your own models

By choosing the ‘Open…’ menu item in the ‘File’ menu you can read other tree files. A tree file contains a model. 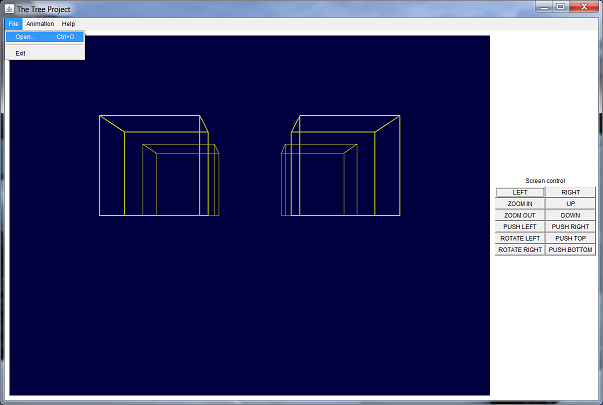 The first time that you choose ‘Open…’, the ‘trees’ directory is shown, but of course you can put your tree files anywhere you want.

To define a model, you create a set of nodes and a set of branches to connect the nodes.
Each node has an x, y and z coordinate in 3D space. 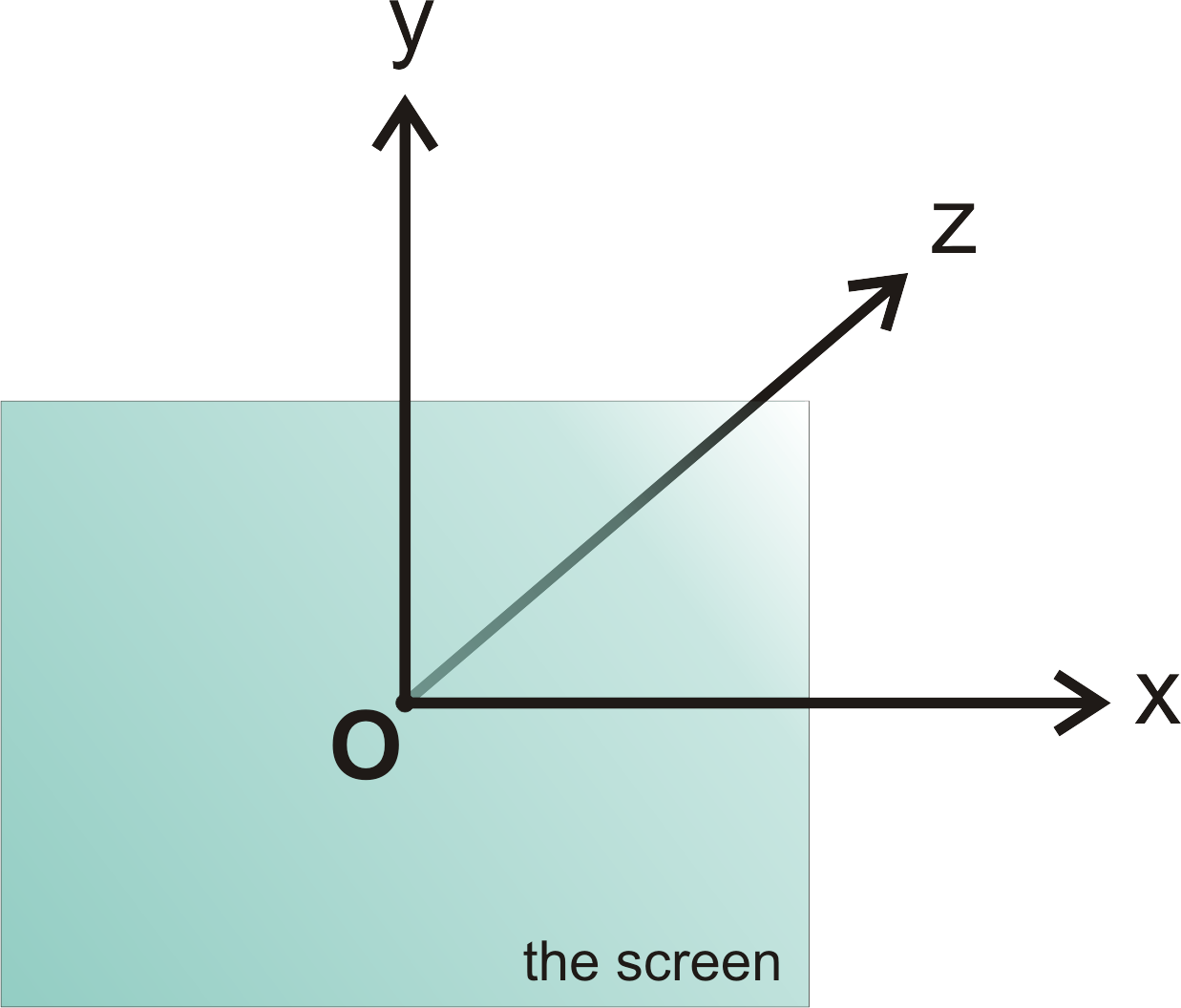 The picture above also shows the start position of the screen through which you view a model.

Now, a tree file contains all the definitions for the nodes and branches that make up a model. Actually, a tree file is a file that conforms to a set of simple rules:

For example, the file ‘pyramid.ttp’ in the ‘trees’ directory is a valid tree file:

As you would expect, when you read this tree file using ‘Open…’ you will see a pyramid.

Note that things become complicated very easily. Use ‘Open…’ to read the tree file called ‘city.ttp’. Although more impressive than a simple pyramid, note how cluttered things become when using wireframe lines. Also try to open this file in a normal text editor and see how complex the file is! This calls for new features:

If you think about these features, you will soon realize that these are major tasks. But I will start working on them in the future.