Click on the links to see the full size diagrams.

You can also use the diagrams below. They are scaled down a bit but you can right click on a diagram and save it to your hard drive. Then use your favorite picture viewer. 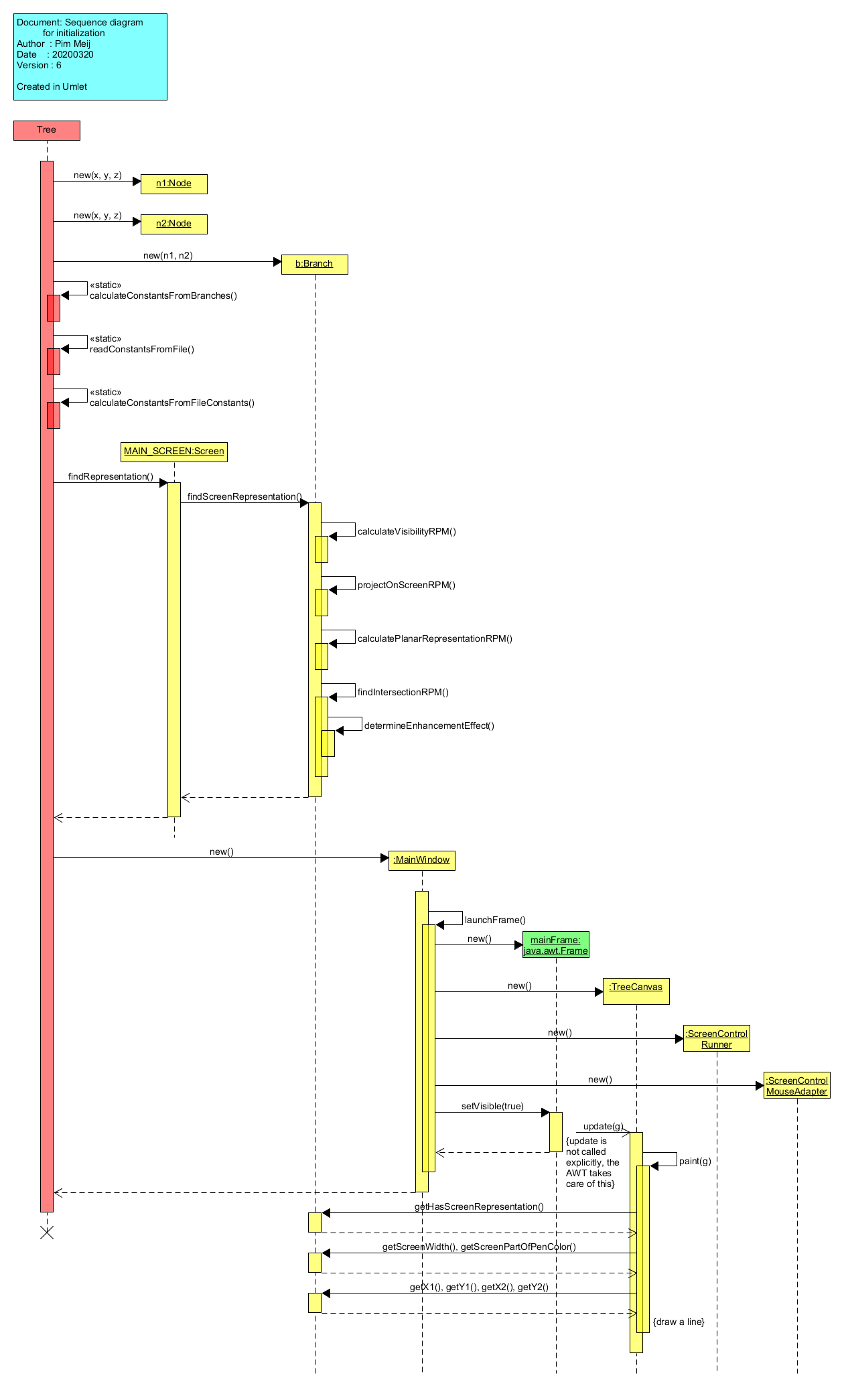 The lifeline of the Tree class is the main() method.
The diagram shows the creation of two Node objects and one Branch object but of course the mechanism is the same all the time.
The paint() method is called by the update() method in the TreeCanvas object. The latter is not called by our code but invoked by the AWT when the Frame object is made visible.
Although the main() method in the Tree class finishes, the GUI components live on because the AWT has its own thread. 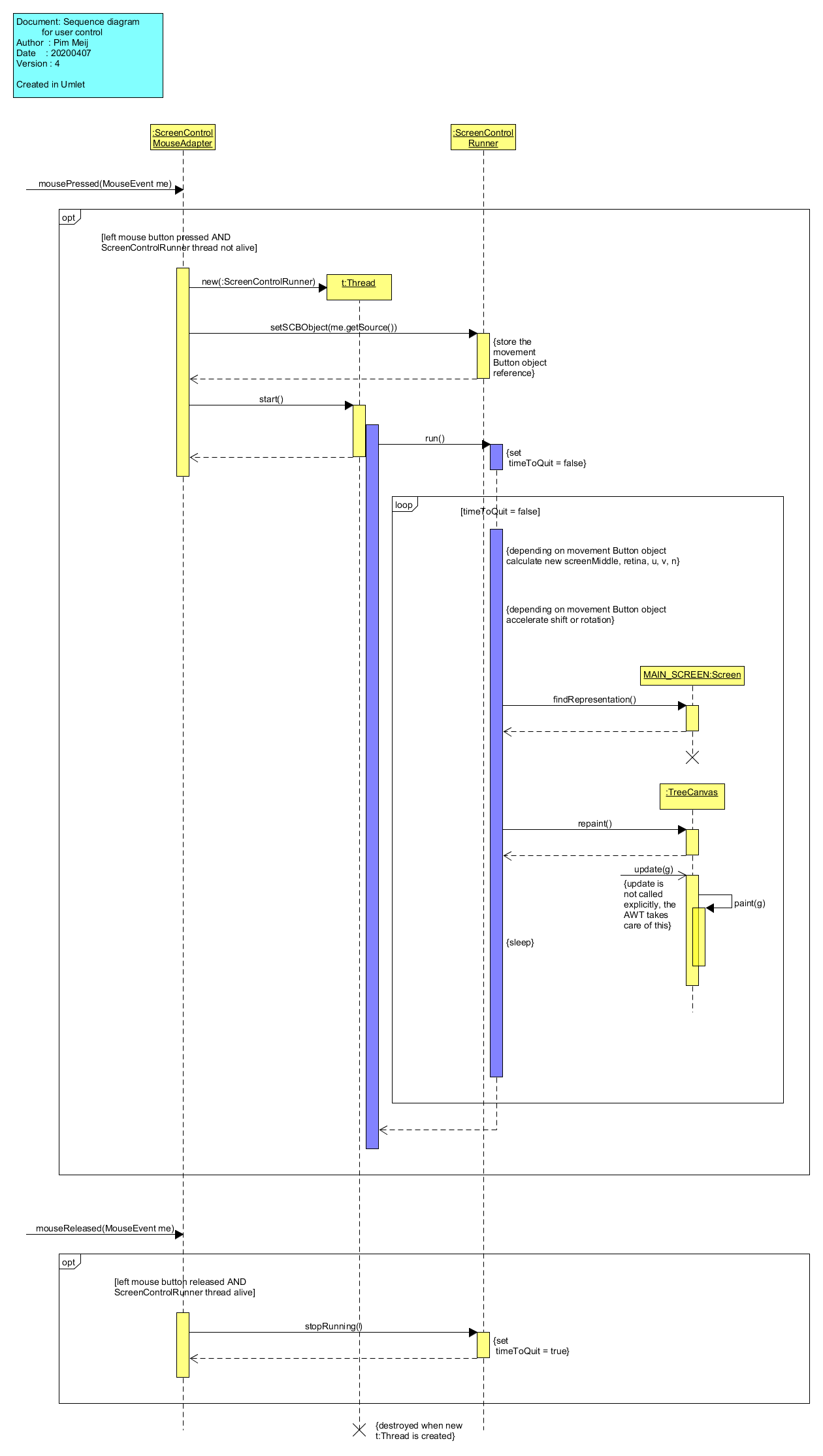 The ScreenControlRunner class implements the Runnable interface. This thread is distinguished from the main thread by using blue instead of yellow color (or a darker shade, for the color blind).
Note that this use of color is not an official UML visualization but it works for me. The UML par control operator seems awkward to use here.
The Thread object will exist even after the ScreenControlRunner thread has terminated but it will be garbage collected when the object reference variable is assigned a new Thread object after the user presses another control button.

The Tree Project is an ongoing project so the design may change in the future!